Journalists in Turkey being arrested and harassed 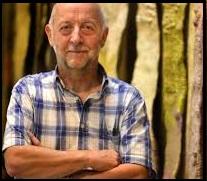 Following a July, 2016 coup attempt the Turkish government has arrested hundreds of journalists and fired thousands. A RadioLabour interview with the President of the International Federation of Journalists, Philippe Leruth.
Duration: 7'41"
Posted: November 21, 2016